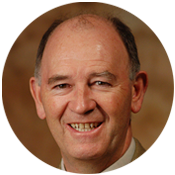 You may not know the story of the founding of John Paul the Great Catholic University (JPCatholic), and the key idea underpinning it.

On November 2, 2000, while visiting Franciscan University of Steubenville, I experienced something profound: A campus full of young Catholics on-fire for Jesus and living a dynamically orthodox faith. As I prayed in front of the Blessed Sacrament in the Portiuncula chapel later that evening–

The Lord put on my heart a call to build a dynamic and orthodox Catholic university.

The scale and cost of the undertaking made me dismiss the Lord’s call. In September 2003, after much prayer and a personal encounter with Jesus, I finally said “yes” and began the process of being God’s hands in the building of JPCatholic.

During that time of discernment, as Pope John Paul the Great’s pontificate was drawing to a close, there was an explosive growth in internet video, created by Google and YouTube. Anticipating a radical transformation of the media and entertainment industry, I saw an unprecedented opportunity to respond to St. John Paul the Great’s urgent call for a new evangelization. The visionary pope had called the Catholic faithful to adopt radically new techniques in communicating the Gospel to our culture. In response, I, along with a group of co-founders, set out to build a novel 21st-century entrepreneurial Catholic university designed for impact, sitting at the center of a Catholic and Christian media industry cluster.

Our mission is to Impact Culture for Christ by forming students as creators, innovators, leaders, and entrepreneurs at the intersection of Creative Arts, Business, and the Humanities, guided by the teachings of Jesus Christ as preserved by His Catholic Church. What began with 30 freshmen in the Fall of 2006 is now a truly credible 21st-century forward-looking Catholic university designed to Impact Culture for Christ.

With an extraordinarily generous $50,000 gift and God’s help in 2005, we walked forward in faith to launch JPCatholic.

Our institutional strength comes from our laser focus on our Core Mission and Founding Vision to Impact Culture for Christ.

Our world is in desperate need of Truth, Beauty, and Goodness. Our academic programs form students for creative, intellectual, and entrepreneurial excellence to rise to this challenge.

Our compelling and innovative programs include BS degrees in Communications Media and Business and a BA in the Humanities, with sixteen areas of emphasis and eight minors.

Our faculty, with their strong commitment to mission, teaching excellence, and wealth of real-world industry experience, make JPCatholic an attractive place to study for our students, who learn by thinking and doing.

Alumni are using their gifts across multiple industries and apostolates. We are proud of their diverse accomplishments. Below are a sampling of employers who have hired our graduates:

The host of Trending with Timmerie, a nationally syndicated radio show on Relevant Radio, Timmerie is a nationally recognized speaker, pro-life advocate, and social media personality.

Building an accredited university is a complex endeavor, which we approach with steadfast determination, careful planning, and deliberate action.

In 2015, we successfully completed the rigorous eight-year accreditation process through WSCUC (WASC Senior College and University Commission), which accredits colleges and universities in California, Hawaii, and the Pacific. In California, this includes 122 non-profits and 39 public institutions, such as Stanford, Caltech, USC, and the UC system.

Later in 2021, U.S. News ranked us as #19 in their Best Regional Colleges in the West (14 states and over 100 institutions), and #8 in Social Mobility by enrolling and graduating large proportions of disadvantaged students awarded with Pell Grants.

The Newman Guide lists JPCatholic among the colleges and universities with a strong commitment to the truth and a fidelity to the magisterial teachings of the Catholic Church.

JPCatholic has a consistent record of highly effective stewardship. We have operated in the black every single year of our existence. Our $11M in philanthropic donations and God’s help have provided the basis for creating over $40M of value, through building an accredited 21st-century university with generous financial aid and strategic real-estate assets.

A Vision for the Future

A multi-year $18M comprehensive campaign for scholarship and campus expansion

Our institutional imperatives are to:
1

Solidify a dynamic Christ-centered spirituality on our campus

Success in this multi-year, comprehensive campaign will further advance our building of an entrepreneurial epicenter for a robust Catholic and Christian media industry cluster.

We welcome benefactors who wish to connect their legacy with ours, joining us on the journey to form a rising generation of creative artists, business professionals, and scholars poised to Impact Culture for Christ.

We acquired this historic 10,000 sq. ft. Mediterranean Revival structure in July 2016 for $800K. Designed by Louis Gill, one of the greatest architects in San Diego’s past, it was built in 1925. After our planned renovation, the Chapel will seat 300.

Our remaining funding need is $5M

The Creative Arts Academic Complex was purchased in 2016 for $3.1M with a $1.5M gift from the Caster Family Trust and debt financing. The structurally sound 30,620 sq. ft. building sits on 1.3-acres and requires significant renovation. Our vision is to divide this structure into two separate buildings (Cinematic Arts and Visual Arts) connected by a courtyard, which will serve as a venue for community events, outdoor performances, and student life. This complex will expand our current academic capabilities and campus exponentially, and equip our growing student body with the resources needed to create impactful art and more.

The complex will include:

Naming opportunities exist. This project will begin in 2023.Learn more

This transformative Creative Arts complex is critical to the future success of JPCatholic’s mission, for our next phase of academic excellence, and the forging of lifelong relationships with alumni. Once complete, the new Creative Arts buildings will equip our faculty with vital resources to better serve our students and to elevate the student experience for future generations of aspiring artists. These facilities will provide crucial support for ground breaking projects, such as the Feature Film Program and alumni productions, and will unlock innovative collaborations for our students across all creative disciplines.”

Families are experiencing ever greater financial need and require more scholarship aid. For low-income, and, increasingly, middle-income families, generous financial aid is often the deciding factor on whether their student can attend JPCatholic or not.

Our #8 position in Social Mobility in the 2021 US News Regional Colleges West ranking is a testimony to our efforts to enroll and graduate disadvantaged students.

Make your tax-deductible donation now, using your credit card or your checking account

For more details on making a gift, please contact us: