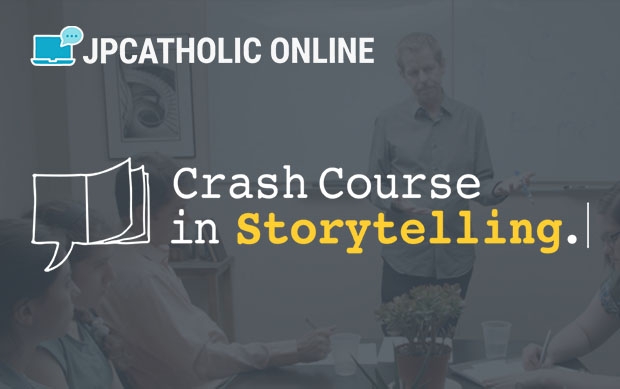 John Paul the Great Catholic University is excited to announce the launch of JPCatholic Online, an e-learning platform with free continuing education resources for the public, including a Crash Course in Storytelling. 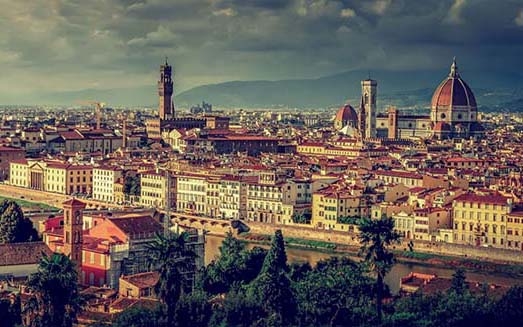 The spring break trip to Rome and Florence will be integrated into a humanities course, giving students the chance to academically and culturally prepare for the trip. 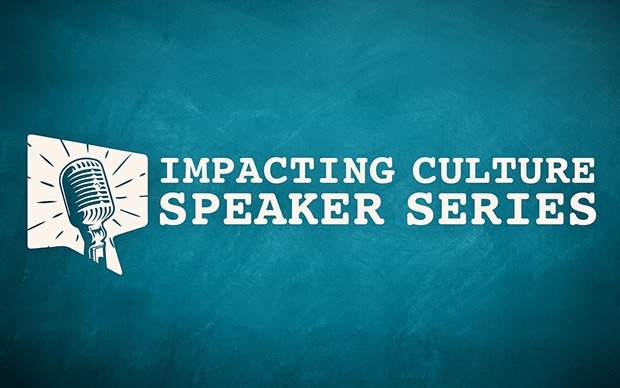 JPCatholic’s recently launched speaker series has featured guests such as Dan Molina, a senior editor at Disney, and Timothy Reckart, who directed The Star. 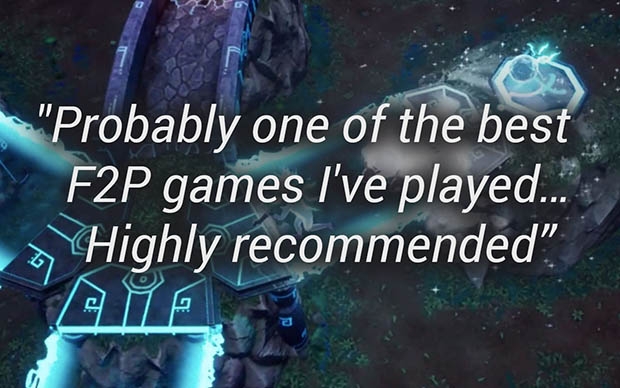 Since its release in September, our game development students' senior thesis project has amassed over 25,000 downloads in 145 countries, with a positive feedback rating of 95% on Steam! Congratulations to our students on an incredible game and a huge success! 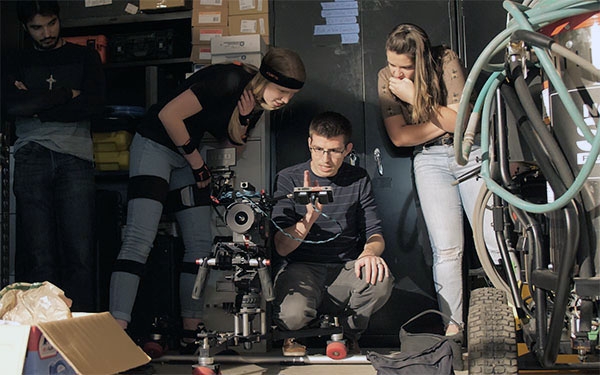 JPCatholic is excited to announce the purchase of an Xsens Awinda motion capture suit. 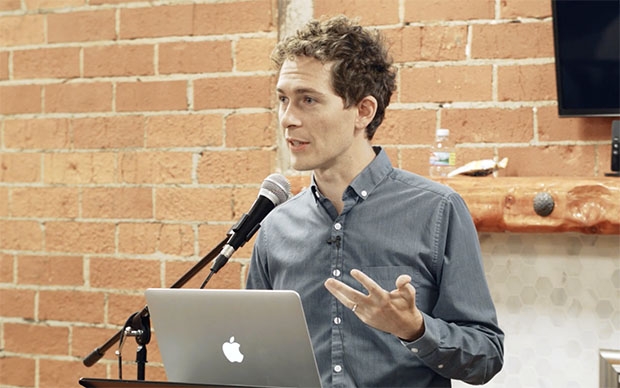 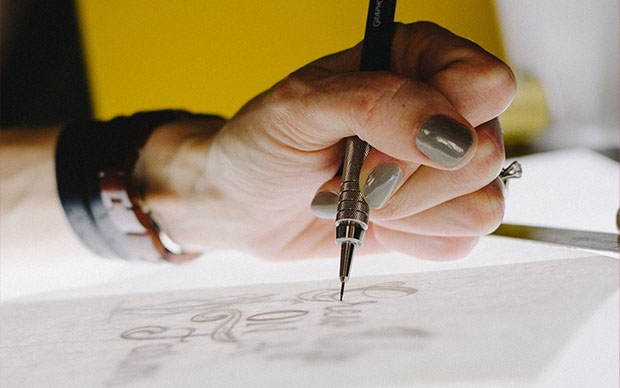 JPCatholic is pleased to announce the introduction of two new Advertising emphases for Fall 2020, as Prof. Joe Koller steps into a full-time teaching position. 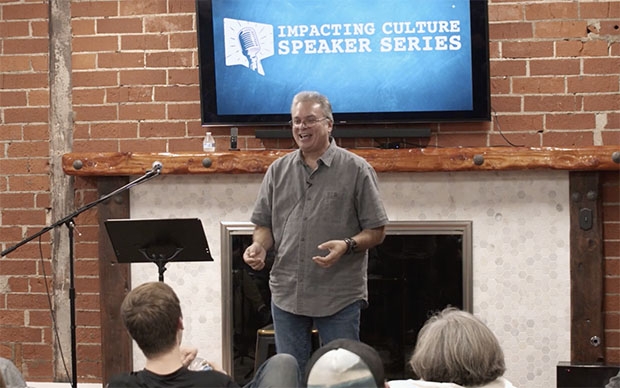 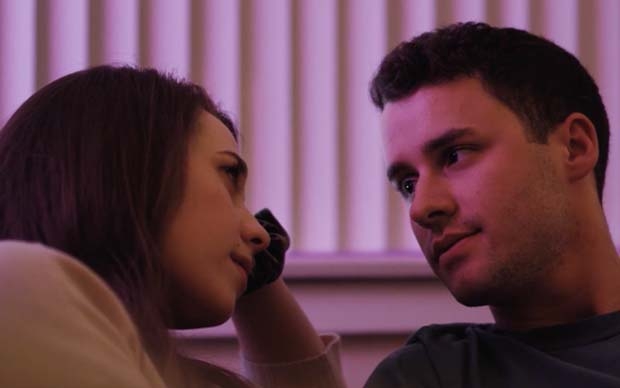 Having just screened the 2019 senior film projects, we take a look back on some of the 2018 projects and the successes they’ve achieved in the film festival circuit. 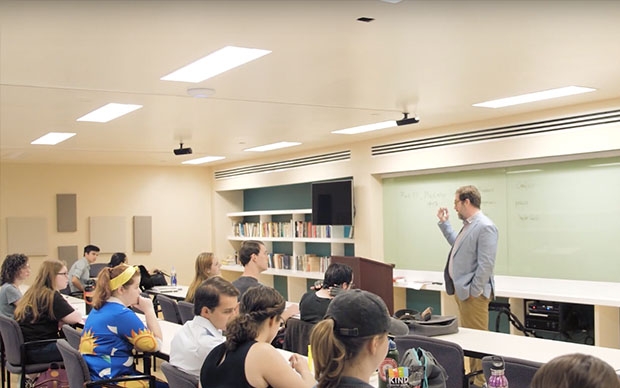 A new course offered by Dr. Keyes this past quarter explored how various novels, shows, and movies relate to Christian doctrine on life after death. 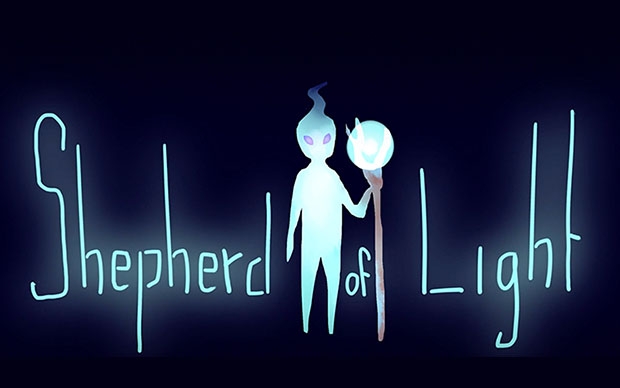 JPCatholic’s graduating class of video game development students published their senior project today on Steam; the game can now be downloaded and played for free. 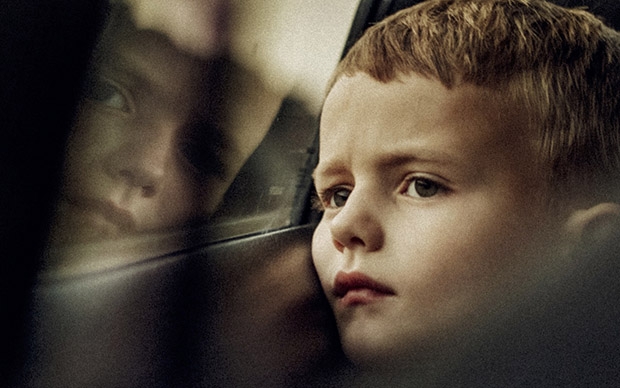 Two alumni filmmaking couples collaborated on the 8beats short film Almost Home, which has already seen multiple wins in the film festival circuit. The film is part of a larger anthology based on the Eight Beatitudes. 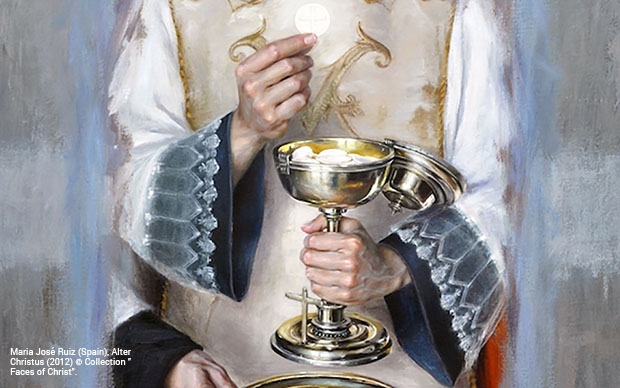 Impacting Culture through the Sacred Arts: “Faces of Christ” Seeks to Find a Home at JPCatholic

Danish sacred art collector Steen Heidemann is joining with JPCatholic in seeking a home for his “Faces of Christ” art collection, featuring over 200 paintings from artists all over the world. 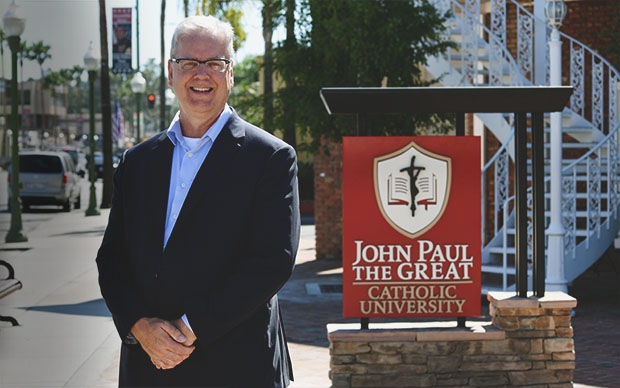 This month JPCatholic welcomes Steve Wise into the newly-created role of Chief Development Officer. Coming in with over a decade of experience in fundraising for Catholic nonprofits, Steve will be charged with raising funds for scholarships and facilities expansion. 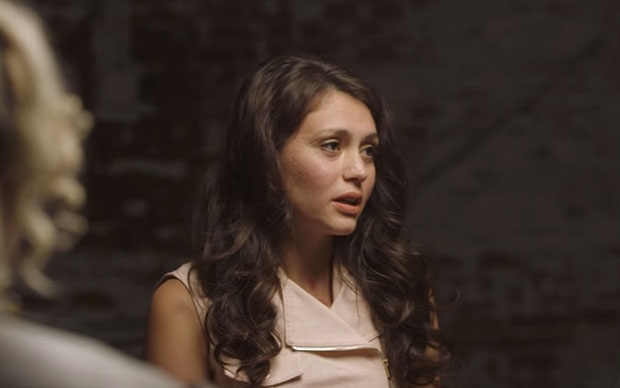 Timmerie Geagea was featured last week on Jubilee Media's popular show “Middle Ground” to participate in a discussion between pro-choice and pro-life representatives. 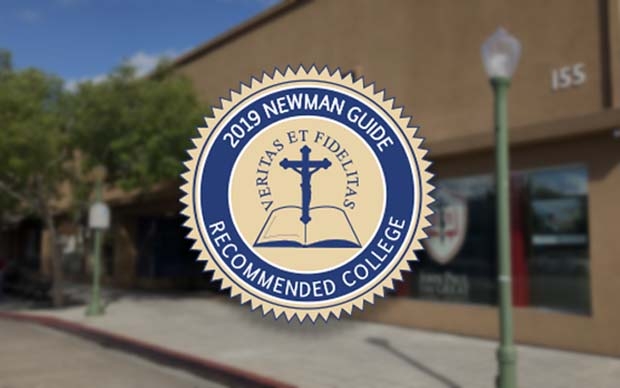 John Paul the Great Catholic University is proud to be listed once again in The Cardinal Newman Society’s guide for choosing a Catholic college. 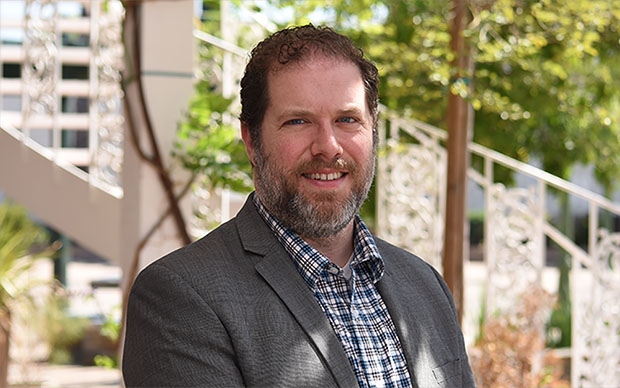 Dr. Samuel Keyes, a former Anglican minister and a convert to Catholicism, joins the Theology department at JPCatholic. 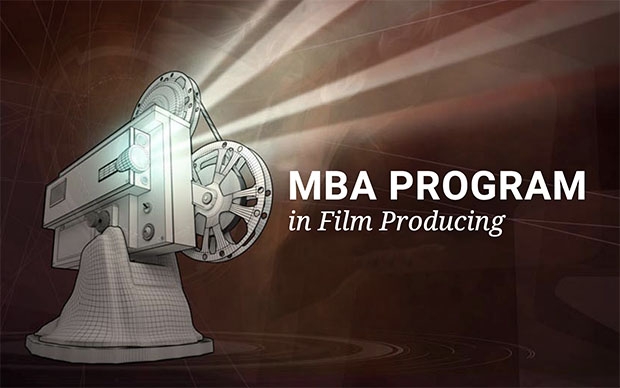 John Paul the Great Catholic University announced today that it will shift investments away from its MBA in Film Producing and begin exploration of specialized, high-impact MFA degrees within the Creative Arts. 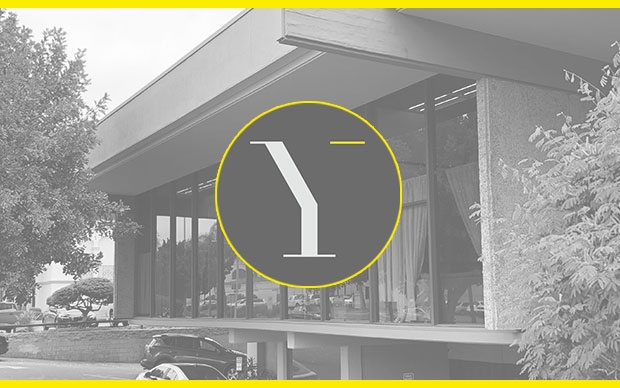 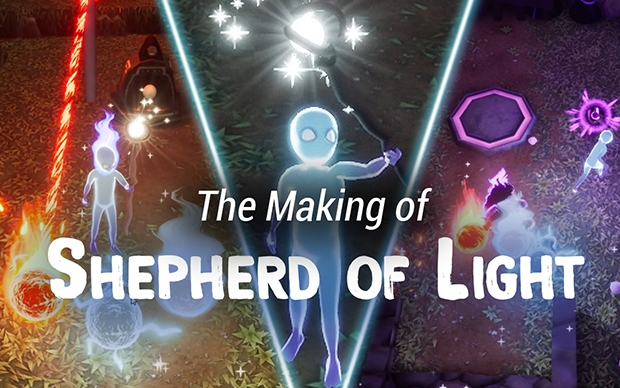 JPCatholic Seniors’ “Shepherd of Light” Game to Be Released on Steam 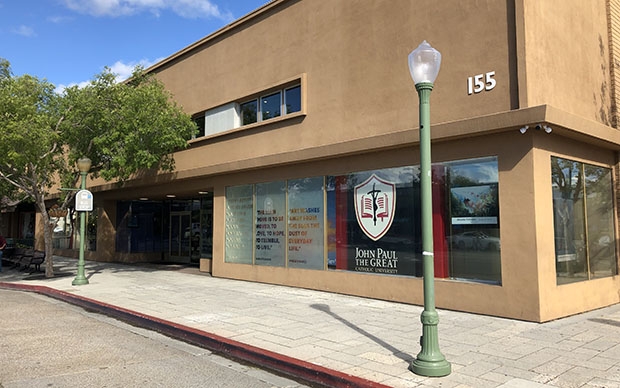 A new course offered this quarter has given students exposure to broad array of industry talent who have worked on projects like Animaniacs, Back to the Future, and Studio C. 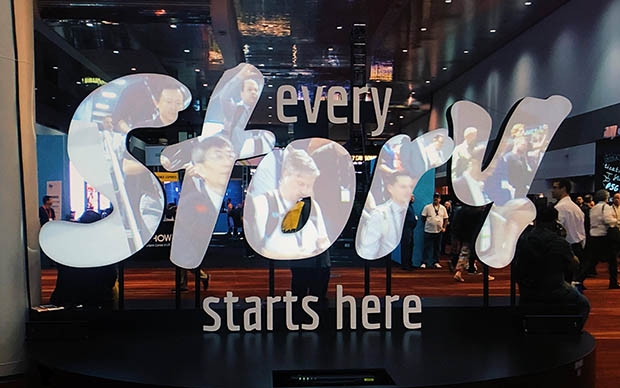 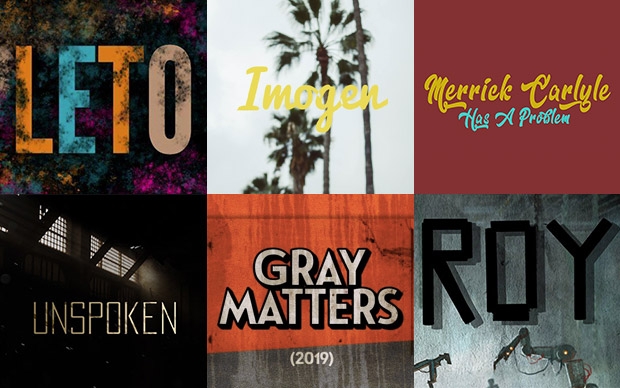 JPCatholic’s graduating seniors and their teams are busy at work in pre-production for their thesis short films, which will premiere in early September at Regal Cinemas Escondido. Check out the full list here.

On March 5th, JPCatholic hosted guest speaker Mychal Simka who spoke to the students about his career in the entertainment industry, the opportunities facing Christian filmmakers today, and the story behind his non-profit organization "Heart for Hollywood." 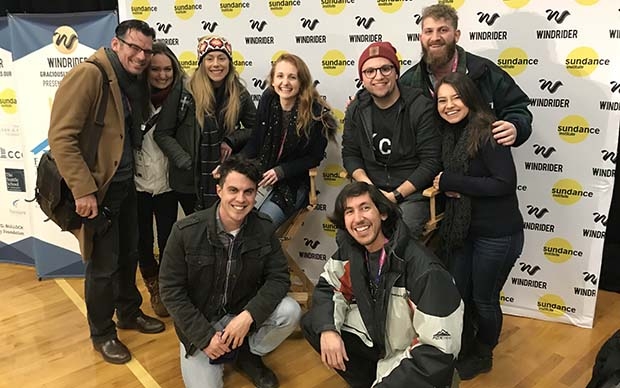 For the second consecutive year, JPCatholic sent its MBA in Film Producing students to the Sundance Film Festival in Park City, UT, where they spent a week attending screenings of previously unreleased independent films, networking with industry professionals, and participating in the Windrider Forum. 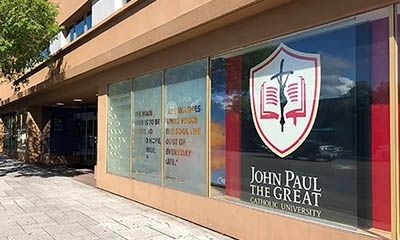 U.S. News & World Report, one of the go-to sources for national college rankings, placed John Paul the Great Catholic University at #12 in its list of Best Regional Colleges West for 2019. 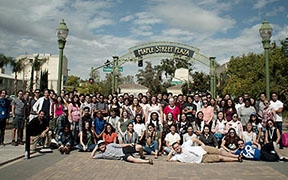 This fall, John Paul the Great Catholic University welcomed an incoming class of 112 undergraduates across our media, business, and humanities programs. 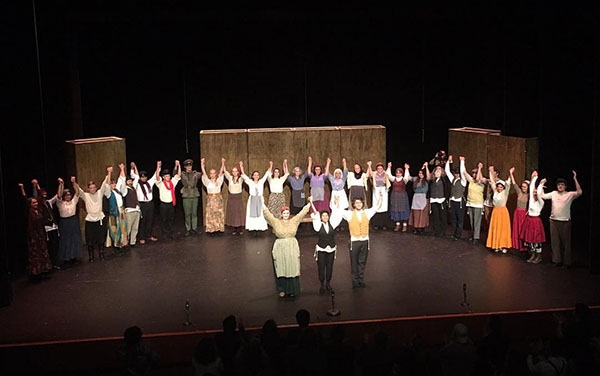 On Tuesday, September 4th, our students performed Fiddler on the Roof at the Escondido Center for the Performing Arts. Congratulations to Director Angie Bitsko and to all the talented cast and crew on a stellar performance! 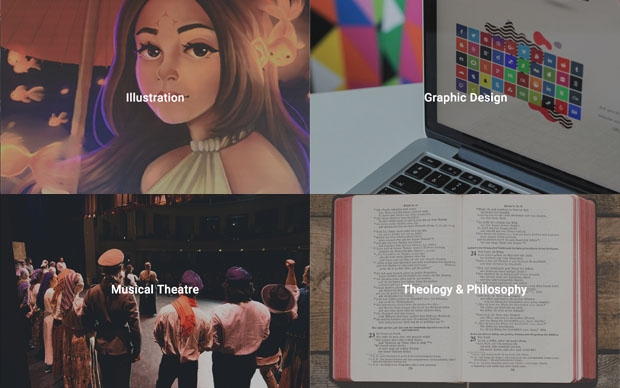 JPCatholic is proud to announce the addition of three new emphases for fall 2019. To learn more, click here. 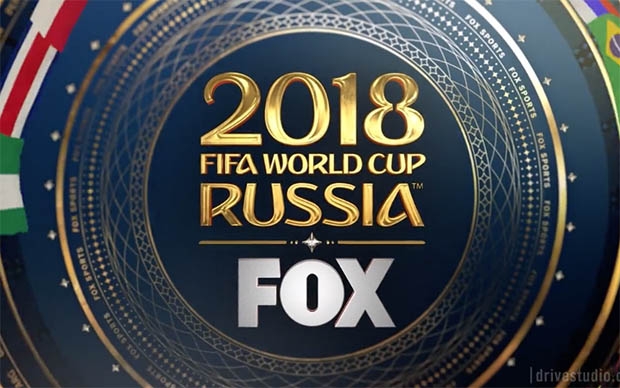 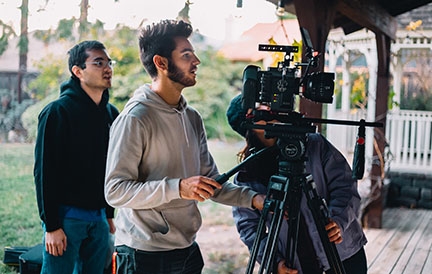 Check out what our graduating class is working on for their thesis projects! Production or Post-Production on many of these will continue through the end of summer quarter. Follow them on social media to track their progress, and consider supporting their work!

Don’t Dream It, Make It! (Film Club at JPCatholic)

You shouldn’t dream your film, you should make it! Such is the wisdom that legendary director Steven Spielberg imparts to all filmmakers, young and old.

Every movie, from the dullest of dull to the most dazzlingly cinematic, begins as words on a page. These words on a page compose what is known as the script, an often unsung but inestimably important part of the movie-making process.

Households at JPCatholic – Providing Opportunities for Faith and Service

John Paul the Great Catholic University strives to provide an authentically Catholic environment in which students can both prepare for their careers and grow in their spiritual lives. One of the many resources on campus for students to develop their faith is a program called “households”.

Fr. Richard Huston passed away on May 14th at the age of 91. He was a priest of the Diocese of San Diego and served as JPCatholic's Chaplain for our first decade.

Pre-production and fundraising is underway for this year's Senior Projects and MBA Thesis films! The range of genres this year include quirky comedy, documentary, psychological thriller, and post-apocalyptic sci-fi. Click to learn more and donate!

Our newly redesigned blog features original content from our faculty and community examining issues of media, culture, and theology.

Our campus continues to expand to enable our bold vision to nurture the creativity and cultivate the imagination of our students within the Creative Arts, the Humanities, and Business, while deeply immersing them in the Catholic Intellectual tradition. Support our campus and program expansion now.

On Saturday January 21, JPCatholic students joined pro-lifers in both the San Diego and San Francisco for their respective 2017 Annual Walk for Life events.