Receive a Well-Rounded Education for a Versatile Acting Career

Our program is designed for acting students to pursue career paths as unique as them and is dedicated to the training of exceptional actors who are ready to use their skills to impact culture for Christ. With the Bachelor of Science in Communications Media with emphasis in Acting, students are able to venture out into careers within theatre, television, film, and beyond.

Training for Stage and Screen

Strengthen your acting skills with individualized training that dives into both theatre and film. Further tailor your education through electives about Acting or from another program like Musical Theatre, Film, or Business, which can help you specialize or broaden your horizons.

Gather experience year round starting your freshman year with our annual theatre season that includes two plays, two musicals, and a plethora of student film opportunities.

Grow as a performing artist with electives in vocal and dance techniques. Students are able to apply the training directly to musicals as well as more broadly to voice acting, music videos, and plays.

Receive a well-rounded education that provides insights into the entertainment industry, career strategies, and visual storytelling through the Communications Media classes.

The acting curriculum is designed to develop body, voice and speech, as well as intellect and spirit, to form a person who is prepared to bring his or her gifts to the Church and the world.

You'll learn to develop the character from the self and master rehearsal and performance techniques. You’ll become familiar with the terminology and techniques of Stanislavski, which are the foundation of contemporary acting, and then bring it all together with performance analysis, script analysis, and Meisner exercises to develop emotional honesty and reliance on impulse.

Impact culture for Christ and grow in faith and understanding through a rich sequence of Scripture based Theology courses and Philosophy courses.

Prepare for your career in acting with foundational skills in contract negotiation, marketing, career planning, and leadership.

Study the human condition by actively engaging in an exploration of art, literature, culture, politics, economics, and more.

Make audiences laugh, cry tears of joy and sorrow, and think deeply; make an impact by showing the human experience through productions that span genres and time. Each JPCatholic Theatre Productions season includes four major productions a year that are performed at the California Performing Arts Center and alternates between plays and musicals.

What Makes Us Different?

Our campus is a place where students can grow both professionally and spiritually. We’re a unique community of artists and innovators, centered around our faith in Jesus Christ and the beauty of the Catholic faith. Immerse yourself in an abundance of opportunities for spiritual growth, including Daily Mass, Confession, Adoration, Rosary, Retreats, and Service Projects.

With a total student body under 300, JPCatholic offers a warm, tight-knit campus community. Foster lifelong friendships, form creative partnerships, and surround yourself with a supportive environment that encourages your growth in both virtue and artistic excellence.

Our unique academic model prepares students for the real-world pace of professional life in the industry, with a focus on hands-on projects, internships, and portfolio preparation. The program is structured on a year-round quarter system, and you graduate with your Bachelors Degree in just 12 quarters. Each quarter is 10 weeks long, with about 3 weeks of break between each quarter. 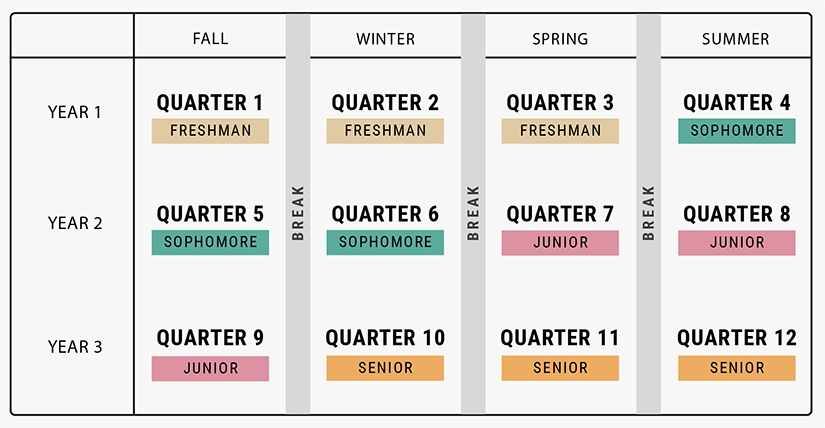 JPCatholic alumni have found success in a variety of paths, ranging from Hollywood to independent media organizations, and from large corporations to nonprofits to their own entrepreneurial start-ups. View our placement rate and alumni jobs by clicking below.

John Paul the Great Catholic University is centered in north county San Diego, just a 35-minute drive from downtown in America's Finest City. Southern California is famous for its fantastic weather, beautiful beaches and mountains, and bustling metropolitan areas. Our campus is just 15 miles from the beach, a short trip by car or train. And with Los Angeles and Hollywood within striking distance, students have even more opportunities for internships, networking, and auditions.

As an upperclassmen, media students have the opportunity to live in Burbank for a quarter, located right up the street from the Warner Bros. studio lot. These 8 weeks open up a host of new opportunities for internships, networking, auditions, and experiencing life in the entertainment capital of the world.

JPCatholic offers a unique model of study abroad with a variety of destinations. Each trip is an interactive academic experience that starts with ten weeks of classroom instruction on-campus here in Escondido and culminates in a week or two of travel led by the professor. Destinations may be international or domestic, and each course is specially designed to provide a unique cultural and educational experience to the student.

With small class sizes and mentorship, professors are able to provide individualized training. They bring decades of experience from varied backgrounds in theatre and film.

Abbie Cobb is an actress and teacher, living and working in the television and film industry in Los Angeles. Abbie holds a degree in theater as well as a host of acting credits that range from Disney Channel (Starstruck, Jonas, Good Luck Charlie) and Nickelodeon (Henry Danger, Big Time Rush) to network shows and films (90210, Shameless, Mom's Night Out, etc). While continuing her acting work on sets in Hollywood (currently recurring on Amazon's Them and Dwight in Shining Armor) she also enjoys the education track of training new actors to learn how to be successful in LA.

Alongside actress Chelsea Ricketts, Abbie opened The AFA Studio in Toluca Lake with the goal of helping actors get "unstuck". Actors For Actors has become a studio that helps actors gain freedom, transformation, and practical tips and tricks to navigate the on-camera world of self-tapes and producer sessions.

Prof. Eskey is a professional actor, director and teacher for 20 years. Worked at The Folger Theatre, The Denver Center Theatre Company, the Kentucky and Virginia Shakespeare Festivals and The National Players, as well as The Actor's Playground, a Los Angeles theatre company which he co-founded with Rick Wasserman.

Prof. Gaffney is one of San Diego’s most admired actors and playwrights.

She has an MFA in Acting from Columbia University; New York, and a BA in Theatre from the University of California, San Diego.

She has performed in shows such as Disgraced and Clybourne Park at the San Diego Repertory Theatre, and she is a resident artist of Cygnet Theatre where she performed The Piano Lesson and The Wind and the Breeze.

Prof. Huber is a licensed speech-language pathologist and vocal music director with rich clinical experience, energy, and passion for her work.

She has a special interest in Voice and Voice Science and has a rich background in music and vocal singing.

Prof. Giracello is an award winning composer, performer, and educator.

He has appeared throughout the United States and Europe, most notably in a special audience for Pope John Paul II, at the United Nations UNESCO concert in Paris, and at a special anniversary celebration in Cologne, Germany.

He received his PhD from the University of California, Riverside where he specialized in the theatrical works of Stephen Sondheim, the compositions and writings of Arthur Farwell, and electronic music composition using ChucK music programming. 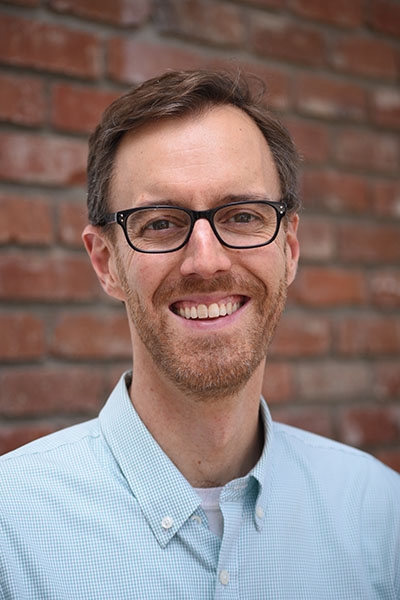 Prof. Kramp is a published poet, theologian, and musician.

He holds an MFA in Creative Writing from the renowned program at University of Iowa, in addition to a Masters in Theology from Franciscan University of Steubenville.

He is currently concluding work on two books entitled The Lion’s Mouth, a lyrical memoir, and Holy Saturday, a large-scale poetic work based on the Triduum and the Stations of the Cross.

His diverse experience includes being an impassioned educator and mentor, a committed literary artist, a performing musician, and a youth minister and high school teacher

Backstage with "Pride and Prejudice"

Love What You Do | Acting Professor Evangeline Angie Bitsko

Margie Curran: Learning Virtue from Your Characters | Why We Create

Backstage with "Shrek the Musical"

Planning Fight Scenes with Codename Leto | Behind the Scenes

JJ Schindler: Revealing Beauty to Audiences | Why We Create